Why There Is Never A Perfect Time

So today seems like a good day to reflect on where I am in life and tell you a little bit about me because October 10 marks something of a milestone.

Five years ago today my life turned upside down.

It started out as a fairly routine Monday morning. I dropped my daughter to school and, having had a vague stomach ache all weekend, I had taken myself off to the GP on the advice of one of the other Mums at the school gate. The decision to see the GP that morning probably saved my life.

It turned out that the 'vague stomach ache' that I had convinced myself was gastritis, was actually a ruptured appendix.

Five years ago today, I went through the first of three surgeries and so began what turned out to be a five-week stay in hospital, fighting for my life.

On reflection, I knew something really wasn't right two days earlier but having only just started a new job I was 'too busy' to get sick and so convinced myself that whatever I had would go away soon enough. I even argued with the GP when she alerted me to her suspicions that it may be serious! I was still in denial when the nurses in the emergency department were giving me morphine a few hours later and an intolerable fever had kicked in.

You see I have been brought up with a strong work ethic and the belief that you can push through being a bit tired or unwell. I hate letting people down and so the thought of having to call in sick on just my second week in a new job was not something I planned on doing, even if my appendix had just ruptured! Even after the first surgery on the Monday night my first question of the surgeon was about when I could get back to work! Little did I know that it would be three months before I was fit enough to get back to my job.

I was very lucky. I had exceptional care at the hospital and eventually managed to pull through the infection and multiple surgeries but, as you might expect, the experience changed me and taught me some valuable lessons.

1. There is nothing more important than your health

I know you hear this from anyone who has been through a traumatic health experience but it's true! You never imagine something bad is going to happen to you and hopefully, it never will. However, never take your health for granted.

Always make the time to get checked out by your GP if you're feeling under the weather. In the last few weeks alone I have had several friends who have been rocked by health issues of their own or a loved one.

Your own gut feeling usually tells you if it's something that shouldn't be ignored. In my case, I was suppressing the alarm bells in the hope that I was mistaken. Never again!

I'm still really conscientious and will always do my utmost to help others and avoid disappointing people but now I make sure that this is never to the detriment of my health and wellbeing.

2. If there's something you really want to do with your life, go for it!

I think we all have a tendency to believe that the perfect set of circumstances will present itself to enable us to do the things we really want to in life.

My philosophy on this has changed: Do it now! Sometimes later becomes never!

The truth is there is never a 'perfect' time. If you want to do something, make the time to do it now. Whether it be work-related, a personal goal, somewhere you've always wanted to visit or just making more time to enjoy a hobby, if it's important enough, you will find the time to do it.

For me, I decided to spend less time fretting about the past and worrying about the future. The most important thing is what I'm doing right now and making sure that I take positive steps each day towards achieving my goals.

Not worrying about the future doesn't mean not having a plan. In fact, to some degree, it's quite the opposite. I now have a plan and I'm focused on what I need to do each day in helping me achieve my goals.

Just changing the language we use can be a powerful tool in helping us move forward. After my recovery, I found myself saying "I will..." rather than "I might...". More on this in future blog posts!

So if there's something you've always wanted to do, there will never be a perfect time. Make a start and do it now! 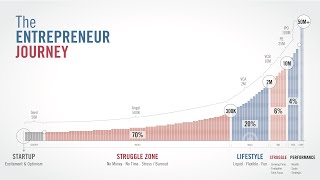 Give Your Digital Marketing A Boost With A Small Business Grant

What's In It For Me?

Getting Back To Small Business Marketing Basics

3 Tips For Small Businesses Getting Started on Social Media